In line with the directive from the State Government for all Forest Timber Licenses (FTL’s) to undergo certification in Sustainable Forest Management (SFM), Ta Ann has consolidated its FTL’s and Licences for Planted Forest (LPF’s) in the Song-Kapit region into three (3) Forest Management Units (FMU’s) namely, Kapit FMU, Pasin FMU and Raplex FMU.  They are compliant with the Criteria and Indicators of the PEFC-endorsed Malaysian Timber Certification Scheme (MTCS). We currently have 3 active FMUs that are fully-certified and they cover an area of over 340,000ha. 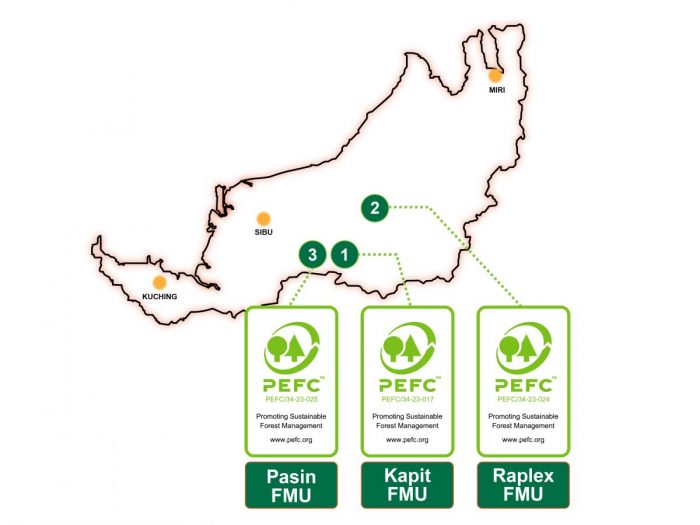 The Licence was first issued in 1977 for 25 years, the license was then further renewed for another 15 years to 2017. Forest Department Sarawak has since further renewed  FTL No. T/0560 on annual basis.

Raplex FMU can be accessible by express boat and public road from Sibu to Kapit town. FBase camp can be reached by using public road and existing logging road Kapit town passing through Forest Timber License No. T/0518 to teach the boundary of Raplex FMU which covers a distance about 100 kilometres.